eZee bike is an international electric bicycle brand with distribution throughout the world and with a long history in New Zealand.

Established in 2001, it is known for its uncompromising attention to what makes an electric bicycle wonderful for the person who matters most – the rider!

Electric Bike Team is the New Zealand distributor of eZee electric bicycles. We have a long history of collaborating with eZee, dating back to 2010, importing and distributing the brand throughout Australia with Glow Worm Bicycles, which continues it's work today.

Why Choose an eZee?

In the face of fashions and fads and many other design considerations it has always put the customer first.

Locate An eZee Bike Dealer Near You

Not located in Auckland? No problems! Check out our dealer directory of eZee Bike stockists in a town or city near you.  Our helpful local dealers know a thing or two about eZee Bikes and can tap into our knowledge and expertise if and when required PLUS you can test ride one of our bikes in your city or hometown. 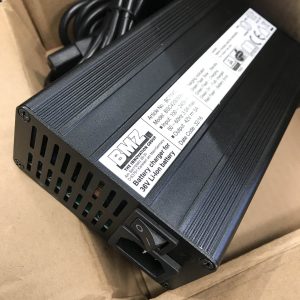 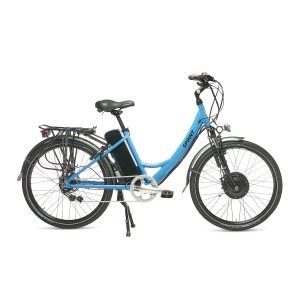 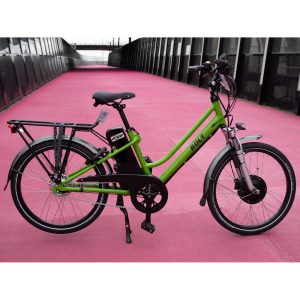 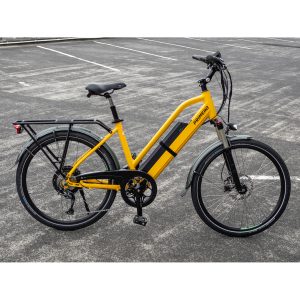 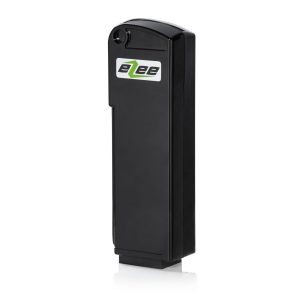 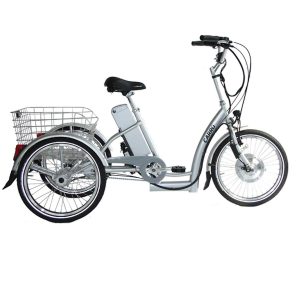 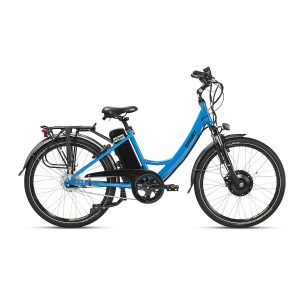 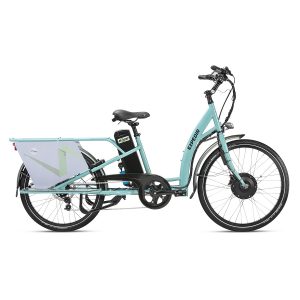 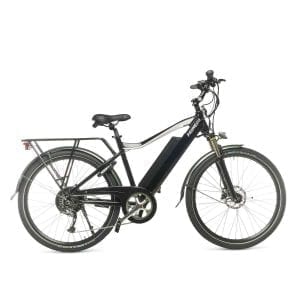 eZee bike was established in 2001 by Wai Won Ching, a Singaporean man of the world who has spent the last 2 decades in China. He lives at the eZee factory in Shanghai where he is involved in the hands-on design and manufacture of all of the models.

A Bit of eZee Bike History

eZee is its own manufacturer and does not have to take its designs to other factories for production. This allows complete control over quality and the ability to pick which parts it uses.

eZee's annual production is comparatively small, meaning their electric bicycles are hand-built, with staff working in teams around each phase of the assembly, rather than each person performing only one very small task on a conveyor belt production line.

Wai Won Ching is constantly travelling the world keeping abreast of the latest technology to see how cities across the globe are taking up electric bicycles. Wai Won Ching has tested his electric bicycles extensively on adventures across Africa, the entire Silk Road and accompanying Electric Bike Team on a 6,000km trip from Perth to Sydney in 2013. An unforgettable character with fierce determination, strong work ethic and great humour, Wai Won Ching has every reason to be proud of his pioneering work in the global electric bicycle industry and the world-beating e-bikes his company continues to produce.

Read a recent interview in New Zealand by Electric Bazza.

In 2018 he rode the Suntrip race on the eZee Longabike tilting recumbent trike.

Upon relocating to Auckland in 2015, Maurice Wells, founder of Electric Bike Team, begun selling eZee bikes for the (former) local distributor from his garage (carport actually). This helped him hit the ground running when they opened their premises at 29 East Street Auckland in 2016 with a sub-distribution agreement in the Auckland area. By 2018 this has turned into nationwide distributorship of eZee products throughout New Zealand. To be involved with eZee is to be part of a tribe, whether you're Wai Won Ching himself, a national distributor, local re-seller or most importantly - a proud owner! We welcome you to join us!

Electric Bike Team hold the largest range of eZee electric bicycles in our showroom in Auckland for retail sale to locals and they distribute to dealers throughout New Zealand. They also repair, service or trade-in any older models for existing customers. eZee is their brand of recommendation for commercial use for city councils, corporate offices, delivery services and more.

"We welcome you to come and view our full range of models."

Where are eZee Bikes made? Expand

eZee is a Singaporean company which has owned its own factory in Shanghai since 2001. eZee does not rely on third party factories to manufacture their bikes, nor do they manufacture for other companies, making them a truly boutique brand with total control over their own processes. Although the factory is equipped with conveyor belt systems, their chosen method of operation is small teams working together on each area of the bike, rather than each worker only doing a very minimal task over and over again.

What is the make? Expand

eZee is the make of the electric bicycles, and Sprint, Carro etc are the model designations.

What motor system does eZee use? Expand

eZee has developed its own hub motor, which is unmatched in reliability, smoothness of ride, hill climbing and longevity. Hub motors are the chosen system for eZee bikes thanks to their reliability, simplicity and robustness. This system allows riders to shift gears whenever they want to, access to a hand throttle to help with taking off and enjoy a low maintenance electric bicycle that will be serviceable for years to come.

What motor systems are available on eZee bikes? Expand

eZee bikes are available with both front hub motor and rear hub motor systems. To learn more about the benefits of each system, please refer our guide on different motor types.

Why not centre drive? Expand

eZee has no plans to use centre or mid-drive motors on their range of electric bicycles. While mid-drive motors have plenty of attractive features, they're not a close match for eZee's design priorities. Specifically, eZee aims to produce electric bicycles for every day people to do every day things, whereas seasoned bicycle riders looking for an electric bike to go mountain biking on are well served by other brands. Mid-drive motors do not allow throttles, making starting off more difficult. The power is running through the drive chain, requiring more advanced gear shifting technique from the rider. The mid-drive design is inherently more complicated, resulting in higher maintenance and reducing longevity. Finally, most mid-drives do not provide generously sized batteries, for historical and marketing reasons more than from technical necessity.

Learn more about the difference between centre drive and hub drive systems.

Do I need to get a bigger battery? Expand

Less is not more when it comes to an electric bicycle's battery capacity! eZee bike owners can choose from 36V 19Ah (680Wh), 36V 28Ah (1000Wh) and 36V 34Ah (1225Wh) battery options. As a comparison, any brands' largest battery size is 500Wh! Which battery you need yourself of course depends on how far you would like to ride and how fast you'd like to ride. In all cases, the more the better! A battery that's 'too big' simply means you rarely ever come close to using up your battery – but when you think about it, that's how it should be! We've just been used to batteries being small for so long, we take fear or running out, or 'range anxiety' to be a fact of an e-bike rider's life – but it doesn't have to be that way!

What is power of the motor? Expand

Does the battery recharge as you ride? Expand

What is a throttle and why do I need one? Expand

A throttle, or accelerator, is a device on the handlebar of the bike that allows the rider to tell the motor to help them move. It is similar to the accelerator pedal in a car.

Not all electric bicycles have throttles, many rely solely on the pedal assistance system, which is to say that what you are doing with your legs is how the bike knows you want power.

Generally an electric bicycle with a throttle also has a pedal assistance system as well, so there's no drawback to having a throttle. Many e-bikes that ride past you have a throttle and you just don't know it, because people are generally pedalling regardless, and they would only sometimes use a throttle.

The advantages of a throttle, on the other hand, are numerous and you may not have known about all of them:

What type and size of tyres? Expand

The wheel and tyre size changes according to the model chosen. For example the folding eZee Quando uses 20” wheels with 2” wide tyres to be able to fold compactly, whereas the eZee Torq has 28” wheels with 1.75” tyres to optimise for long rides or taller people. The most popular model, the eZee Sprint, uses 26” wheels and 1.75 – 2” tyres to allow a comfortable geometry for the majority of adults. The width of the tyres is generous, making the bikes suitable for a range of terrain.

Who repairs and services? Expand

Generally speaking, your place of purchase is an approved eZee dealer and carries out any repairs and services you require.  You can also locate an approved eZee Bike Service Agent or Dealer.

In addition, any competent bicycle workshop can carry out repairs, as the bikes are by nature 'open source' and serviceable.

We hold extensive spare parts in Auckland and can send out to any shop or direct to customers.

Tech support is always available to both shops and consumers alike.

What is the weight? Expand

The weight varies by model. The eZee Sprint is 25kg plus battery. With the 36V 19Ah battery, the total weight would be 29kg.

What is the top speed? Expand

The top speed varies between 32 and 38kph depending on the model. The exception is the eZee Carro trike which is limited to 15kph. These are the top speeds at which you can still receive motor assistance. In all cases if you can roll down hill or pedal faster than the top motor speed, the bike will not slow you down, it just won't be helping you go.

What is the battery range? Expand

Range depends on the speed you'd like to travel and the battery you select. Currently the record for shortest reported range on a 19Ah battery is 35km, “achieved” by going full speed (35kph) on a windy day. On the other hand, many people have gone well over 100km on a 19Ah battery, simply by going more slowly, eg 20kph.

How often do I need to charge it? Expand

Generally an e-bike owner will charge their battery after each day's ride, so that it's full for their next adventure. Some people do regular and predictable short rides each day and might only charge every few days, but you never know when you might want to go a bit further, so we recommend charging after riding, even if you didn't use much battery.

What are the warranties? Expand

There is a 2 year warranty on the electric system and all of its parts. The manufacturer's warranty is upheld by us, the importers and covers replacement of any faulty parts (including freight to the store you bought the bike from if not from us). Diagnosis and repair of any faults is done either by us or from the place of purchase of your bike. In almost all cases, there is no charge to you for warranty work. Warranty does not cover second order things, such as retrieving your bike from somewhere or costs incurred while you're without your bike (eg for bus fares), although in our store we will offer a courtesy electric bicycle for you while we are sorting yours out.

The battery warranty guarantees that at the 2 year point, your battery has at least 70% of its rated, new capacity. This is tested at a discharge rate of 10A (eg a 2 hour drain on a 20Ah battery).

The warranties on the mechanical aspects of the bike depend on the component in question. All Shimano branded parts have a 2 year warranty against manufacturing defects. The frame itself has a 10 year warranty and the fork has 5 years.

Have more questions? We're more than happy to answer, just get in touch with us and we'll go from there.